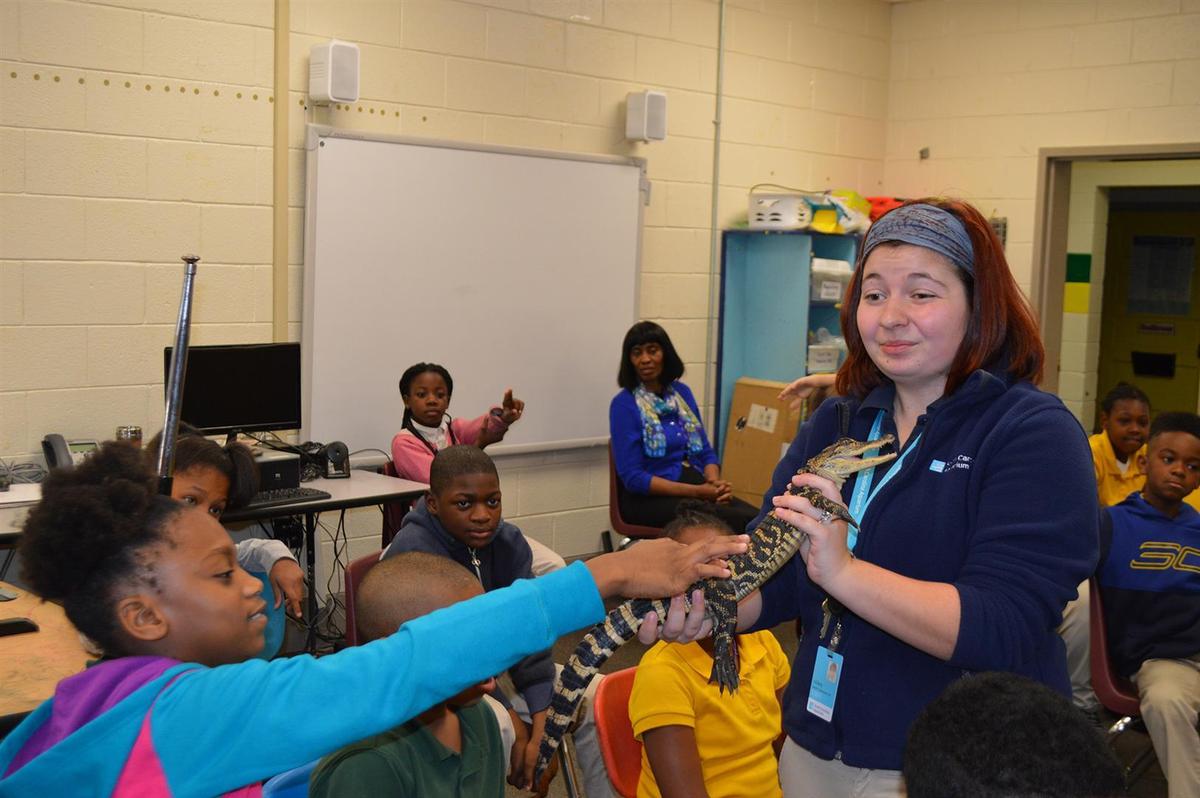 The Charleston Aquarium visited third through sixth grades at Fennell. The aquarium prides itself in having animals that are indigenous to South Carolina. While the students were in their session, they were allowed to participate in an interactive food chain. Some students were picked from the audience and got the chance to put on costumes to represent the animals. The students were also introduced to some of the aquarium’s animals that were there. Before each animal was able to be touched, the students were given more information about animals. They were also able to share things that they knew about the animals and ask questions. The students really enjoyed their visit from the South Carolina Aquarium.